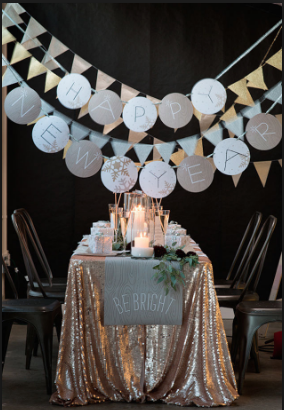 Trieste doesn’t disappoint on New Year’s Eve, (“la vigilia di Capodanno”). Celebrations abound at clubs, restaurants and bars throughout the city and this year, New Year’s eve celebrations also return to the beautiful medieval Castello San Giusto, offering a prime position from which to view the fireworks over the gulf of Trieste.

The party in Piazza Unita’ is not to be missed — this is Trieste’s equivalent of Times Square on NYE, with a great view of the spectacular fireworks show and DJ dance party that lasts into the wee hours of the night.

Parties typically kick off with an “aperitivo” – delicate and elegant small bites accompanied by “bollicine” which in Trieste are enjoyed on the daily! This is then followed by the requisite “Cenone”.  It can include anything and everything from meats, to fish, depending on your preference. However, most Italians favor traditional foods that help bring good luck in the new year.

A staple of the Cenone is Cotechino or Zampone, which are large, rich and flavorful sausages that are boiled for hours which represent abundance and wealth. They are served lentils which also represent money (think tiny coins) and a rich and creamy potato puree. 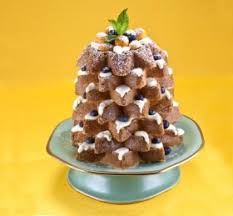 Typical sweets served are the usual Panettone or Pandoro, which in some instances are “farciti” (filled) to make them even more delicious. Some are stuffed with berries and whipped cream, others with ice-cream. Some versions include a zabaglione or chocolate sauce poured over the tops. 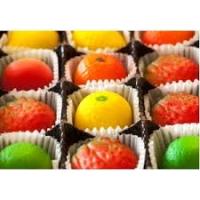 To further ensure health, wealth and good luck, be sure to get your hands on:

Marzipan – wealth
Pomegranates – fertility
Nuts – strength and security
Dried fruits & Chestnuts – prosperity
Grapes – money. The early tradition said to eat 12 for each month of the year. But if not, then an odd number will do the trick — even as few as three.  Rumor has it that due to a bumper crop of grapes grown in Alicante Spain in 1909, the vintners served the extra fruit at New Year’s and thus a tradition was born.

If at New Year’s you get a little tipsy and spill some bubbly, then it is also good luck to dip your fingers in it like it was a fine perfume, and dab it behind your ears and those of the ones you love.

Another tradition (leave it to the Italians) is the wearing of red underwear on New Year’s Eve. Usually, it is received as a gift and should be worn and tossed out the next day. It promises to bring the wearer love and long life.

So stock up on your culinary talismans and red unmentionables and  wish everyone “Buon Anno”, Happy New Year!

PS – there is a last superstition, a cute but haunting little rhyme, that whatever you do on NYE will follow you throughout the year “(blank) a Capodanno, (blank) tutto l’anno” – i guess it’s a footnote to keep people from going overboard…. so proceed with caution!!