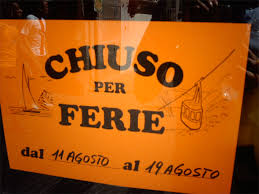 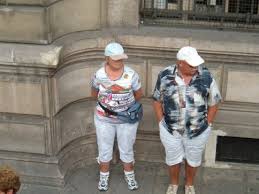 Once upon a time, the month of August saw major Italian cities emptying out as locals would pile their families and belongings and hit the road to their summer getaway. For some it meant heading to the beach, others to the mountains, but for sure, the city would shut down except for the vision of a few, white-shoed foreigners trying to enjoy their Italian vacation admist the shuttered stores and restaurants. The height of the exodus being the week of August 15 — or Ferragosto.

Ferragosto or ‘Feriae Augusti’ is a summer holiday that was established by Emperor Augustus in 18 B.C. in order to provide people of the Roman republic a rest period after the arduous harvest. Special events were held to entertain the workers and their families. The church co-opted the holiday making it The Feast of Assumption celebrating the Christian belief that God assumed the Virgin Mary into Heaven following her death. The Italian state continued the tradition of “state-sponsored” holidays during fascism when it began organizing discounted family trips through its many recreational organizations. In the 1930s the Treni Popolari di Ferragosto were introduced  offering discount train travel throughout Italy between the dates of August 2 to Sept 2 from 1931-39. That marked the start of mass popular tourism in Italy and habits were established shared throughout the country, such as the trip out of town, the weekend at sea or the mountains and the Ferragosto vacation. 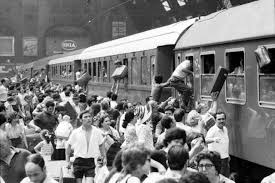 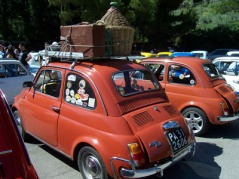 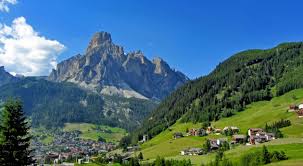 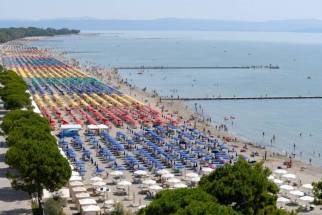 It used to be that Italians would take the entire month of August off, but with changes in family dynamics — today’s Nonni are more likely to go on a cruise than take care of the grandkids all summer long — and most families are 2 income households with moms busier than ever — and so the Ferragosto weekend has become even more precious than ever. Traditionally, friends and families come together to celebrate spending quality time together, relaxing, eating (often grilling “grigliate”).

Nowadays, the once deserted cities are rife with tourists and savvy business owners making the most of tourist trade in the busy summer months. Cities large and small plan special Ferragosto events, festivals and fireworks shows to keep both the staycationers and tourists entertained.