Here we are coming up on Halloween and all I can think of is Venzone. Host to the annual Festa della Zucca, the Pumpkin Festival, for the last 27 years, I have been jonesing to go and see for myself both the town and the festivities. Like a child hopped up on halloween candy, I have been researching, inquiring and planning my trip.

The Italian town of Venzone is the star in the opening 20 minutes of the Hollywood movie, A Farewell to Arms (the 1957 version with Rock Hudson & Jennifer Jones) but here in Italy, Venzone has many more claims to fame.

Venzone was bestowed special recognition and declared a National Monument in 1965 as a unique example of a fortified village of the XIV century.  However, the famous earthquake of 1976 destroyed a good part of the town, but thanks to the tenacity of its inhabitants and the efforts of the region to bring back affected areas,  a reconstruction was undertaken resulting in an extraordinary example of architectural and artistic restoration.

Located in the historic Friuli region, about 56 miles northwest of Trieste, the municipal area is situated in the valley of the Tagliamento River, separating the Julian Alps in the east from the Carnic Prealps in the west.  Both the Italian and Friulian language are spoken here.

Venzone has been a mandatory transit point since Celtic times (500 A.D.) because of its favorable geographic location. The Romans, who came after the Celts, made Venzone one of their stations along the via Julia Augusta.

Ok, so Castle and moat, Pumpkin festival and as if that weren’t enough to quench my thirst for all things Halloween, I find out that the town is also famous for its MUMMIES!! 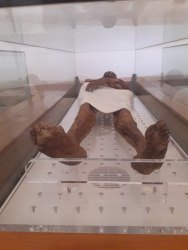 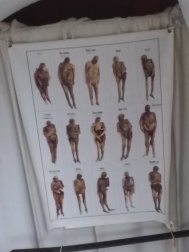 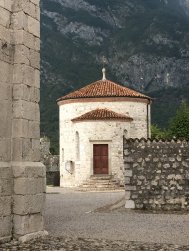 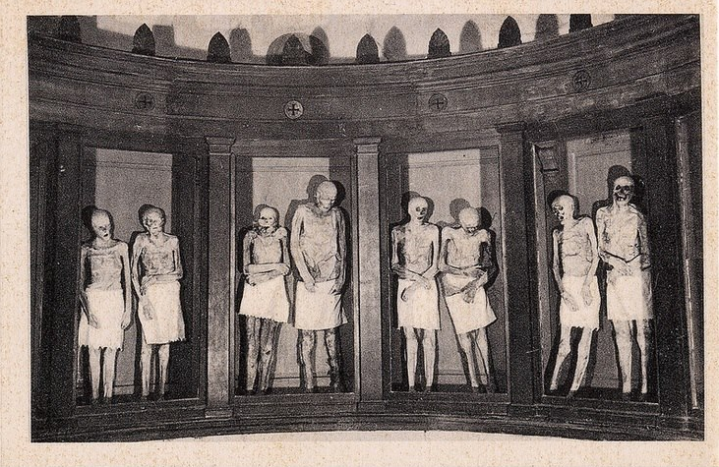 In 1647, during the expansion of the cathedral , about twenty mummified bodies were discovered, including that of the so-called Gobbo di Venzone, the hunchback. These mummies were the result of a naturally occurring process and, while such mummies exist elsewhere, the cause of the Venzone mummies’ preservation in particular still remains a mystery. They were studied at the university of Padua, at the Museum of Vienna, and at the Church of the Invalids where Napoleon wanted see them for himself. Assertions have been made that the mummification could be attributed to a species of fungus, hypha tombicina, whose spores are known to be prevalent in both tombs and wooden coffins. Other assertions are that the limestone floor of the chamber where the mummies were found could be the reason why the bodies remained so preserved.  Either way the theories remain only as speculation.

The mummies of Venzone date to an era between 1348 and 1881. In 1845 the mummies were moved from the cathedral crypt to the upper chapel. During the 1976 Friuli earthquake, only 15 of the 21 preserved mummies were removed from the rubble. Five of them (including the noble man of Venzone, Paolo Marpillero) are now exhibited in the crypt of the baptistery of San Michele, they are of enormous anthropological value as they are priceless representation of the way of life of the inhabitants of Friuli of centuries past. 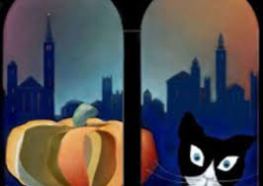 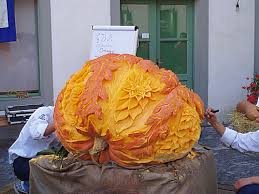 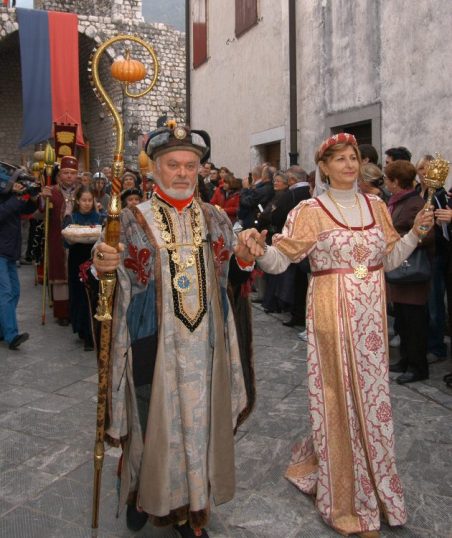 As for the pumpkin festival, this is a 2-day annual event (program here), filled with historic reenactments, parades, food, wine, pumpkin contests of all kinds and music. One would think that like most sagre (feasts), the Pumpkin Festival is held in Venzone because they are the premiere producer of pumpkins, but they would be wrong.

But there is a story behind the whole pumpkin thing. Apparently, a long time ago, the noblemen of Venzone, after fortifying and building wonderful palaces within the town’s walls, decided to crown their achievements with the construction of a marvelous cathedral. Unfortunately, they began to run out of money just as the bell tower was being erected.

“The building works stopped for some time and people started to comment on it, offending the honor of the authorities and the town itself.

The town’s Council was gathered urgently and as they came up with ideas for raising the necessary funds: tolls on goods were doubled, foreigners passing through were asked for an offering, people were asked to work for free… So, despite bad moods and even some quarrels, the spire of the cathedral was finished and coated with copper.

Yet something was still missing. Therefore a master craftsman from Udine was called to put his mastery at the town’s disposal: the marvelous belfry was to be crowned with a beautiful golden sphere with a cross on its top. When the artist showed up at the Council expecting to be paid, he was greatly let down: he was told the Council was facing difficult financial circumstances and therefore he should  consider his contribution as a donation to the Community of Venzone. Nonethless, the Council paid him a third of the originally agreed upon amount.

The honest man did not say a word, pretending to be satisfied he thanked the lords of the Council, but deep inside he was plotting his revenge…
In the middle of the night, he climbed onto the belfry’s scaffolding, and replaced the beautiful golden sphere with a freshly harvested pumpkin, painted so perfectly golden that nobody would have noticed the imposter.

The day after, the master craftsman removed the scaffolding, gave his regards to the lords of the Council and quickly went away as the inhabitants of Venzone began to prepare the inauguration ceremony and ringing the bells of the cathedral.

Some weeks later, the inhabitants noticed something strange on the top of the belfry’s spire: the sphere was changing in shape and color… the inhabitants were puzzled. One day, to everybody’s surprise, the sphere began falling apart, down from the belfry, chunks that looked like a strange yellowish shattered cake. When the ruse was discovered, the inhabitants’ indignation was impossible to describe. They had been spectacularly outsmarted.

The chamberlains of the cathedral commanded immediately that any evidence of the pumpkin be cleaned up in order to avoid the spreading of the scandal. But, as luck would have it, that very same day some “Carnielli” (inhabitants of Friuli’s northern area called Carnia) were passing through and once they found out how the town had been fooled, they gladly disclosed it to everyone they encountered.

This is why the inhabitants of Venzone, Venzonesi, still nowadays are called “Cogoçârs” (“cogoç” means pumpkin in Friulian) — the meaning of the nickname could roughly be translated as “pumpkinheads”.

Venzone is a perfect day trip to enjoy a Fall weekend and the unique events and sights it has to offer. But if you miss the festival, it is still worth a visit as it is a shining example of preservation and protection of the cultural heritage and the social and economic network of the Friuli Venezia Giulia Region.